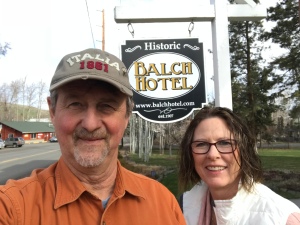 There are thousands, if not hundred’s of thousands of millions of words written about food; how to grow it, buy it, cook it, eat it. Words written attempting to describe a flavor or smell, texture or color of food.  I have a friend who is not a foodie; she’s described food as fuel and can eat the same breakfast, lunch, and dinner for days and be satisfied.  My sweetie on the other hand loves food; meal planning, purchasing, preparing is a joy for him and partaking of the finished result is most often a joy for me. Though at one time I did ask that he cut down on garlic … everything, no matter how distinct the dish sort of tasted the same.

With the hundreds of thousands of millions of words written I will not attempt to describe the foods we’ve enjoyed these past two weeks, but I will share a few of the restaurants, joints, bakeries, and spots that when you find yourself wandering around Portland you really should try. These places are in no particular order, and are spread all over the place. 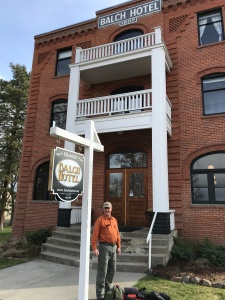 Though it did start with an impromptu decision on our drive through the Columbia River Gorge to stay 12 miles south of The Dalles, OR at the Balch Hotel in Dufur. No that’s not a misspelling.  The hotel was built in 1907. Restored beautifully and located in a small town farming community which isn’t tumbling down and nearly deserted. Our room was full of antiques and original light fixtures, the bed and pillows were totally comfortable, and the claw foot tub was the highlight of the renovated modern bath. The morning’s surprise, the included breakfast was fresh with homemade yogurt and granola, sun-dried tomato and spinach omelet, a blueberry muffin, and fresh squeezed orange juice.  I think that breakfast was an omen of our forthcoming culinary ‘joys’. 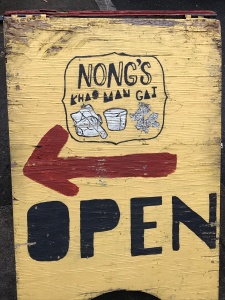 After Sweetie did some urban forestry, removing some poorly placed old trees in son’s backyard we were taken on a 20 minute ride to try our first ever Khao Man Gai at where else? Nong’s Khao Man Gai … Rice, Chicken

Later that night we Google Mapped our way to downtown Portland located on Mississippi to taste oyster nectar at the Olympia Oyster Bar , just so you all know, I don’t eat raw oysters … they creep me out. I did have the seafood bucket overloaded with clams & mussels. Their bread was thick and rustic, just perfect for soaking up the liquid gold at the bottom of the tin. Sweetie’s son runs the kitchen and cooks (you don’t cook oysters) and sitting at the bar we watched him in action. 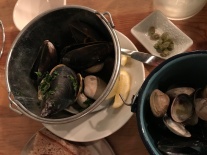 Remember that was just our first afternoon in town …

Breakfast was en’joy’ing perfectly cooked eggs, while sitting next to a lovely fireplace, on an enclosed patio at the Tin Shed Cafe, which is dog-friendly in case you wanted to know. They have a Fido Menu, served along with a dish of water for your furry friends. 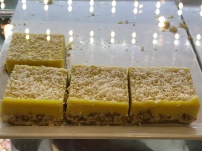 Wandering through the Alberta District where the Tin Shed is located, we were introduced to what I think  is the first time I’ve eaten vegan, gluten-free baked goods where the sweets taste like desserts. Shut my mouth! Yep! On a scrumptious lemon bar. I heartily recommend the Back to Eden bakery … it’ll be worth the hunt for a parking space, I promise. And I don’t make promises lightly …

Mid-afternoon found the gaggle of us meeting at Cathedral Park and then a cross-town jaunt again downtown (where we found an actual parking garage) and later a very large bowl of fresh raman from at an eatery called ???? that’s right I don’t remember, but it was tasty and I can’t even tell you where it was. I nearly forgot brioche donuts from Blue Star Donuts … they were sold out of my favorite lemon poppyseed so I settled for spicy mexican hot chocolate (and a few other varieties that disappeared just as quickly)! 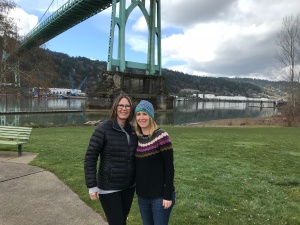 Can you believe I didn’t take any photos of dinner? No family snaps, snaps of food, or the building. you’ll just have to take my word that the Authentica Mexican restaurant was worth the hike after finding a parking spot a few blocks down the street. Opps! I almost tried to describe the food… I’ll just say “try it ” we loved the Chili Relleno. 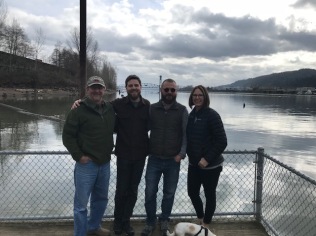 Come Saturday and topping off our food odyssey the daughter of my heart  had us over for brunch before we headed home … my mouth is watering thinking of it and I think I may have to try to recreate the potato, egg, and asparagus dish, and hope I don’t forget the fresh mango on the side.

After our tantalizing odyssey I’ve decided that we’re in a food rut .. a stuck-in-a-rut make the same easy favorite recipes when it’s time for a meal kind of rut; or when we head out for dinner we go the the same 3 or 4 places and it takes a road-trip and time with family and friends who really are foodies with a capital F to shake things up and get us thinking on another plane. My other local food plane will include trying that small, place down the street that’s tucked into the little shopping mall, stop at a new food truck … or that Bosnian sandwich shop whose parking lot is always full … I’m thinking of looking for a Khao Man Gai somewhere in Boise … well a girl can hope, can’t she?