Lizard Killer.  Yes, I’m a Lizard Killer.  Thanks Jill for your comments last week … they got me thinking that wandering is more than where I am and what I am doing now.  It’s the anticipation of doing, it’s the doing, and later, re-experiencing the doing when a sensation, smell, or word opens that door in your brain and you are again “there”.

Jill, I hadn’t thought of our whole Cedar Mesa trip for years. But with those two words, Lizard Killer, it all came back to me. Forgetting my hiking shoes until we were 150 miles from home and the small towns we passed had no shoe stores and I spent days hiking in your too short for my feet Tevas, since my slip on Birkenstock weren’t built for red rock.  I was again climbing from the bottom of that narrow, what we thought was a box canyon, saying, wouldn’t it be cool if there were ruins up there? Then clambering over fallen rocks to discover Anasazi ruins hidden behind a collapsed overhang.  I held my breath side stepping the narrow trail worn almost perpendicular to the wall which led to the tiny storage room stuck like a mud dauber’s nest to the wall of the cliff; inside mini corn cobs still littered the floor .

It was long enough past that I don’t have digital photographs.

OK, get on with it … did you really kill a lizard? You want to know ‘what happened’, so here it is: the creepy “coincidence” that gave me the moniker, Lizard Killer.

Jill and I had been hiking most of the morning and stopped 20 feet or so apart on the red rocks to talk  … during the conversation a small lizard zipped into a crack just to the front and side of my toes.

He would pop his head out, then back in, testing the air; in and out, in and out, prepping for his sprint to ultimate safety I’d guess.  I watched him for a few minutes, mentioned it to Jill, and then forgot him.  I pointed out a spot of shade with a spectacular view as a perfect spot for lunch. Just at the moment I stepped forward, the little lizard leaped from his hiding place; and I squished him.

His race to speed away and my step to shade collided and in that instant, he was flat.  I was devastated!

Later, eating lunch, I pulled a SoBe drink from my pack. I twisted the cap from the bottle and there, written inside were words bold, and black that proclaimed: Lizard Killer. 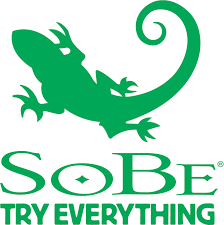 I do not believe in coincidence, or karma, or fate …. but that day? In that moment, I believed.

Cedar Mesa is a mystical place; not haunted, but it feels sacred. There are hundreds of ruins hidden throughout in the 25 x 30 mile mesa … canyons to hike, containing thousands upon thousands of pictographs telling the stories of an ancient world.

What draws me to wander such far away spaces? Winds through the piñon, sage scented fire, and silence you can hear and feel.

To find the mesa, drive a long, long way to no where, turn left, then left again … and take a very good map.  It is a wondrous place of heat, canyons, red rocks, little water and mystery.  It’s a place for a vision quest.

Enter softly, walk quietly, stand in silence and the voices  of the ancients will sing to your soul. Even as they did to me, Lizard Killer.